A young woman and her estranged father fight to survive after being stranded on a remote mountainside during a winter storm. 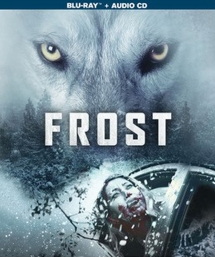 A young woman, Abby (Devanny Pinn, Ride Along 2) and her estranged father Grant (Vernon Wells, Commando) fight to survive after being stranded on a remote mountainside during a winter storm in this gripping thriller from writer James Cullen Bressack (Hot Seat, Fortress) and director Brandon Slagle (Crossbreed).