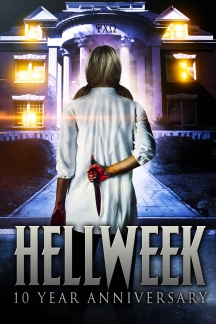 Rush week turns unexpectedly hellish when a band of sadistic, masked, homicidal maniacs holed up in an abandoned warehouse wreak havoc on a bunch of not-so-innocent college kids. Wanting to ensure the new pledges prove they're worthy, fraternity president J.J. sends them to a deserted warehouse rumored to be inhabited by demonic squatters. But the hazing takes on a sadistic tone when the tales turn out to be true. Now the pledges find themselves in a fight for their lives

The writing is the strongest part of this movie, so kudos to Eddie. Followed by Rob who plays JJ does a incredible job with his character - IMDB

A Cult Classic Film that is Entertaining as Hell

The cast is amazing in this film, and a bloody good time for all