A troupe of spoken-word poets and modern dancers travels the Great Migration Trail with an original piece called Invisible: Imprints of Racism. 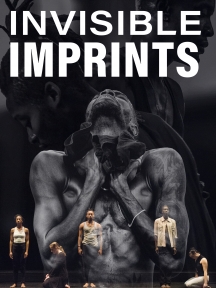 This powerful documentary feature follows a troupe of twelve Boston-based spoken-word poets and modern dancers as they travel the Great Migration Trail from Jackson, Mississippi to Chicago, performing an original piece called Invisible: Imprints of Racism. After each performance, a talk-back with the audience gives space to the communal exploration of racial issues and the sharing of firsthand experiences with and reflections on racism, also yielding reactions to the performance itself. As these dramatic moments unfold on the tour, the performers' own struggles with race and identity, off-stage, are also explored, lending a deeper context. A refreshingly humanizing, critical conversation emerges on the emotional challenges of overcoming racism in America.

An earnest, authentic exploration of race in America