Confessions From The Grassy Knoll: The Shocking Truth 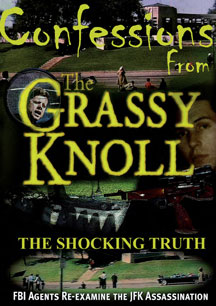 Confessions from the Grassy Knoll: The shocking truth presents an investigation into the story of a man who confessed to firing the fatal shot from the Grassy Knoll in Dealey Plaza, Dallas Texas on November 22nd, 1963. His story becomes one more compelling piece of evidence for what most Americans have long suspected: that their government covered up critical facts about the CIA's collaboration with organized crime to assassinate the President of the United States. This video documentary goes on to present irrefutable corroborating evidence, the stories of two other participants in the events of Dealey Plaza, and the testimony of many other witnesses. Based on a tip from an FBI agent in 1992, James Files was tracked down by Joe West, a private investigator. Files who was serving time for attempted murder of an Illinois police officer, initially refused to talk. However slowly and meticulously, West established a relationship with Files. Through months of visits and correspondence, Files began to reveal his shocking true participation in the JFK assassination.