A look into the life of legendary guitarist Randy Rhoads best known for his gut-wrenching guitar solo in Crazy Train with Ozzy Osbourne. 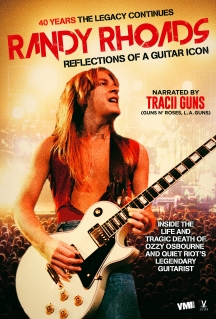 In the 70s, Randy Rhoads' guitar riffs reshaped rock'n'roll and raised the stakes for guitarists everywhere. As the lead guitarist for Quiet Riot and Ozzy Osbourne, Randy made a name for himself at a very young age. You can still hear his hair-raising guitar solos on the albums Blizzard of Oz & Diary of a Madman. Tragically, Randy died at the young age of 25 in a plane crash. Known as the James Dean of rock'n'roll, he left this world too soon, but his soul and music live on forever.