The World Of Kanako

THE WORLD OF KANAKO follows ex-detective Akikazu on the hunt for his daughter, Kanako which leads to a shocking trail of sex and violence. 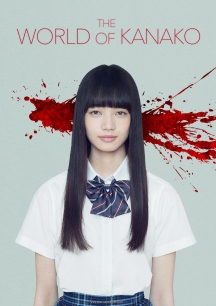 An uncompromising thriller of operatic scope, THE WORLD OF KANAKO is a nonstop visual and emotional assault to the senses as it follows ex-detective Akikazu on the hunt for his daughter, Kanako. What he discovers is a web of depravity surrounding both Kanako and himself. As he stumbles along a shocking trail of drugs, sex and violence, he finds himself unprepared for the shocking revelations.

It's a rush, albeit a dark and ever more disturbing one, kind of like taking some bad acid and mainlining Seijun Suzuki's greatest hits while being battered about the face and neck by a gang of yakuza thugs rolling hard on equally awful ecstasy.

Yakusho's breathless, riveting performance grounds The World of Kanako even as it threatens to devolve into an unbearable series of nihilistic plot twists and gory set pieces.