As the world faces a deadly plague, a scientist on the brink of a cure awakens imprisoned in a metal chamber. 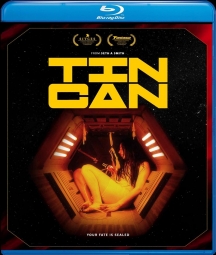 As the world faces a deadly plague, humanity's hope for a cure lies with a scientist who awakens imprisoned in a metal chamber. She desperately works to escape her confined cell to save the last of humanity.

'Body horror at its disgustingly finest.'